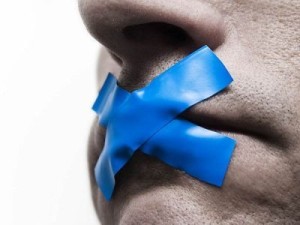 Should You Talk To Cops?: NO!

The first thing that happens upon a traffic stop is the police officer approaches the driver and starts conversing with him or her.  During that conversation, the police officer will try to smell any unusual odors from the car or the driver.  Any smell of alcohol will raise red flags and the driver will face a DUI investigation.  Off course, it is often impossible not to converse with the officer, but the less conversation you have, the less you will produce any evidence that could get you in trouble.

Some of the police investigations proceed in a way that makes it impossible not to converse with the officer.  When that happens, you should try to limit conversation as much as possible – using short answers when you can and politely declining to answer when you can.  Remember, the more you interact with the police officer, the more evidence he will observe of a possible drunk driving in Los Angeles.  Each thing you do will be looked at as evidence of a crime.  Police officer will notice slurred speech, or slow speech, or deliberate speech, or loud speech and make a note of that.  Later, all police observation will be written in a police report and used by Los Angeles DUI prosecutors to prosecute you for a DUI.  So, the less evidence of a crime the police officer has, the more successfully, Los Angeles DUI defense in court and at the DMV.

Lastly, when a police officer is conducting a DUI investigation, he will ask a series of questions.  Each of the questions is designed to make the case against you stronger.  For example, you will be asked if you suffering from several medical conditions.  Some medical conditions can make a person look under the influence or interfere with blood alcohol readings.  Asking the driver about these medical conditions often eliminates several defenses.  Another example are the questions that are asked to establish the drinking pattern.  During a DUI investigation drivers are asked what time did they start to drink, what time did they stop to drink, what did they drink, how much, etc.  The purpose of these questions is to eliminate several defenses, such as a “rising blood alcohol defense”, a common defense used in Los Angeles DUI trials.  Remember, every questions asked by the police is designed for a specific purpose – either to eliminate or reduce a defense – or to make a DUI case against you stronger.

The purpose of this blog post was to educate drivers in Los Angles to the dangers of talking to a police officer.  There are little upside to answering questions that police will have.  A suspect rarely can talk himself out of a DUI investigation.  Most persons who talk to police will be significantly worse of after the conversation.  They will inadvertently confess without realizing or often provide evidence that will be used against them in court.  Please do follow this simple advice and do not converse with police unless absolutely necessary.  If you have to talk, please talk as little as possible and keep your answers short.  If you or your loved one is arrested for a DUI in Los Angeles, please call our office day or night to talk to a Los Angeles DUI specialist.