In this article, DUI Defense Lawyer discusses how to fight BAC Results in California DUI Cases.  Click on the links below to go directly to your topic of interest.

The Importance of BAC Results in Los Angeles DUI Cases

A Los Angeles DUI prosecutors will look at several factors to decides how to punish a DUI driver.

First, the prosecutor will see if the DUI driver caused an accident.  Presence of an accident will make any DUI much more serious in the eyes of the court.

Second, the prosecutor will see how many prior DUI arrests the driver has.  The more arrests this driver has, the more serious the punishment will be.

Generally speaking, most prosecutors will not file cases where the blood alcohol level is below .08% by volume.  This level of alcohol is based on previous scientific research showing that a person can not drive as carefully as a sober driver when his blood alcohol level above .08% BAC.  The higher DUI driver’s blood alcohol level, the more dangerous the driver is to the public and to himself.

The DUI law in California developed over the years.  At first, there was no specific DUI driver’s alcohol level at which you could not drive.  As scientists started to understand the effects of alcohol, California adopted laws first to set illegal DUI driver’s blood alcohol level at .15% BAC and then gradually lowered it to .10% BAC and eventually reduced it to .08% BAC.

Currently, many experts on DUI intoxication think that a person who consumes even one drink of alcohol will have much slower reaction time and because of that, he will be a more dangerous driver.  It will not be surprising if in the next few years, California will make it illegal to drive with a blood alcohol level of .05% for all drivers.  Currently, this standard is applied to minors only. An attorney specializing in DUI defense will be preparing to defend against both charges.  The legal alcohol limit charge is defended by questioning the reliability of the measuring equipment, checking for a contamination of breath or blood sample, etc.  In contrast, the impairment count is defended by questioning the observation of the arresting officer.  Yet, it is true that almost any evidence of alcohol presence in the human body can be used to prosecute a CVC 23152(a) because many governmental experts will testify that “most if not all people are impaired at a blood alcohol levels of .05 percent or more”.

Consequently, many prosecutors can and do file DUI cases when the blood alcohol level is below the legal alcohol limit of .08 percent.

For example, it is not uncommon for the Orange County District Attorney Office to prosecute a DUI in cases where the alcohol level is .07 percent or even lower.  Below .08 BAC DUIs prosecutions by the Los Angeles District Attorney’s office can also occur in some areas of the greater Los Angeles.

The opinion that “everyone is impaired at .08 BAC” simply has little basis in science, and many researches in fact, show the opposite.
As a matter of fact, it is very logical to conclude that some people are not impaired at a higher level than the legal alcohol limit of .08 BAC. This was also proven and observed by many researchers, medical professionals and a police officer.

For example, recent scientific articles show that the alcohol levels do not accurately predict impairment in someone who is tolerant to the effects of alcohol.  James Roberts and Denis Dollard article in the American College of Medical Toxicology in 2010 published a report of a 35-year-old man in Philadelphia hospital who did not show any level of impairment despite having a very high level of alcohol in his blood (serum level of 555 mg/dl).  That is despite that many other published studies show that blood alcohol concentration of 300-400 mg/dl will cause many people be unable to stand or walk and even collapse into a coma.  Death is common at 450 mg/dl (caused by respiratory depression).  Yet, this man did not appear intoxicated in what would cause a certain death to many others.  Medical books often state that chronic alcoholics do not appear intoxicated with a moderate level of alcohol consumptions.  Many alcoholics function normally in daily society so that people who surround them can not even tell that she was drinking despite a very high blood alcohol levels.  The point is: government experts often say things to get a conviction and ignore scientific evidence because it helps them get convictions.  But, you can not fight this kind of case by yourself. 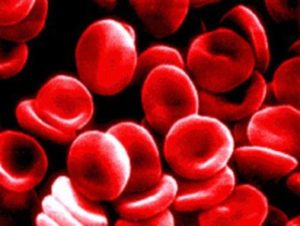 California DUI law is structured to increase punishment for crimes when a prosecutor believes that something happened to make a DUI more serious.  When that special situation happens, the prosecutor, in addition to the DUI charges, will file special allegations that will usually make the punishment more severe.  The special allegation is written in the complaint below the criminal charge.  For example, first offense DUI punishment does not require jail sentences; but, as discussed in the article DUI Refusal in Los Angele, a special allegation of a refusal to submit to a chemical test will have a requirement that the defendant serves 48 hours in jail.

Similarly, a felony DUI with injury is not a strike, but when a special allegation of a “great bodily injury” is filed, under California three strikes law, a defendant will be charged with a violent strike offense.  In addition to changes in the nature of an offense, a special allegation can increase total jail time, mandate additional terms of probation, or give discretion to the judge to punish DUI drivers more severely.

If you are arrested for a DUI in Los Angeles, you might think that your case is not defensible if your blood or breath test shows you to be above the legal blood alcohol limit.  Los Angeles DUI lawyer is able to defend your case even when you have high blood alcohol level.  A blood alcohol level can be inaccurate, or you might have been pulled over without a good legal reason.  You do not have to prove your innocence.  Instead, the burden is on the prosecutor to prove your guilt and if they can’t provide evidence of every element of an offense, beyond a reasonable doubt, you win should be automatic.

Los Angeles DUI attorney can help you after your Los Angeles DUI arrest.  We aggressively litigate DUI cases and are able to find defenses in even the most difficult DUI cases.  Our practice is exclusive to DUI defense and we are able to provide quality representation at an affordable price.
Please call (818) 921 7744 for a free consultation anytime.